A CHEEKY girl received a major shock when she tried to con her boyfriend into believing she was having an affair.

Video of her stunt starts with the prankster sitting on her bed with a mannequin in a hat before telling the camera: “I think I heard the door open. Let’s get it.”

The woman then pulls the covers over her and starts pretending to ride her fake lover while making loud groaning sounds.

The camera then cuts to a view of her boyfriend entering the front door and calling out: “Baby?”

Suddenly he hears sex noises coming from his room and runs in. 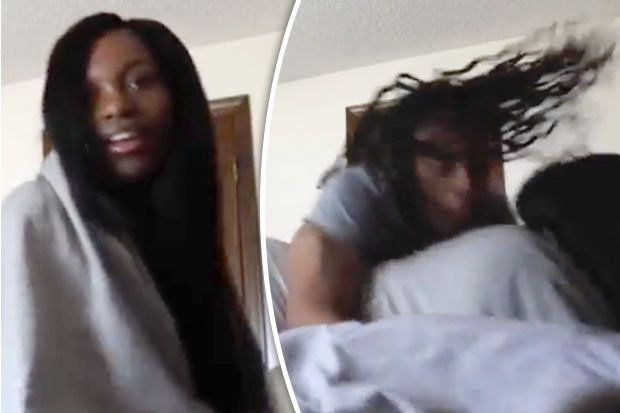 NOOO: The furious boyfriend leaps into bed to stop his woman cheating in the above video

Seeing his girlfriend appear to have wild sex with another man, he dashes over to her and grabs her.He throws his arms around her and throws her to the floor.But when he turns to look at the pillow and sees the mannequin he realises it’s all a gag.

Heart beating fast, the baffled boyfriend paces back and forth saying “oh my god” as his girlfriend continually shouts: “It was a prank!”

But the girlfriend is furious with her man’s behaviour and shouts: “Did you really just throw me off of the bed?” 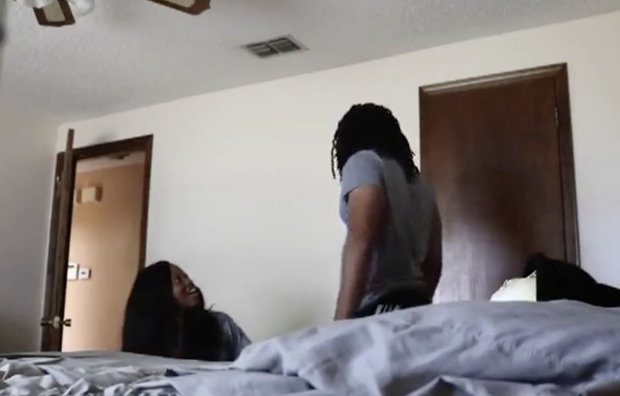 OH NO: The embarrassed boyfriend realises his girlfriend was just joking all along

He shows no shame for his actions and simply says: “Both of you were going to get it.

“You can’t be doing stuff like that. This is crazy, man.”The clip was filmed by YouTube couple Brian and Lateria – from US – and has been watched over a million times.Many found it hilarious but some were shocked that the prankster was surprised by her lover’s reaction.

One wrote: “Why is she mad? He thought she was cheating! She did the prank!”

Another woman sent her boyfriend mad when she told him she was pregnant with another man’s baby.

“The Ferguson’s are jealousy of my movie”!!! Dineo Langa Moeketsi fired from The Queen

Popular TV presenter and actress Dineo Langa (nee Moeketsi) has been dumped from The Queen, allegedly after asking for a three-month break to shoot...

Veteran Sky Sports and Premier League Productions commentator Jim Beglin gave football-loving Zimbabweans a reason to smile when he surprised them with a greeting...