15 October 2017. The movie is a love story that’s simply set within the context of the sanctified ritual —. Suffice it to say, this setting does lends the film a powerful subtext in its interrogation of masculinity, and sexuality. In the storm of impassioned opposition to , firstly; Trengove, a white man telling the story that includes a Xhosa ritual and, secondly; social media threats on the life of its star, the singer Nakhane Touré, the film raises some other issues that aren’t being adequately challenged. conveniently going unnoticed. Supplied

At least two Eastern Cape cinemas have cancelled the scheduled screening of the controversial fim, Inxeba (The Wound) following threats of shutdown from traditional chiefs and some social media users. 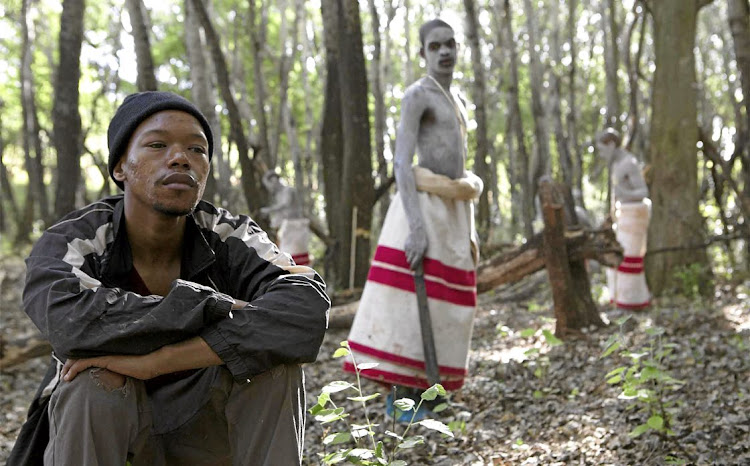 The Nu Metro Walmer Park in Port Elizabeth said it would not proceed with the screeening of the movie due to protest action against the movie.

Please be advised that, due to protest action, screenings of #Inxeba (‘The Wound’) will not proceed as planned. If you’ve booked, we will gladly refund you or exchange your tickets for another film—contact helpdesk@numetro.co.za. We will update you as the situation warrants.

“Dear Shopper. We have just received word from Tsogo Sun that the movie “Inxeba – The Wound” showing has been suspended, and will not be running today as previously advertised. Kind regards, Centre Management,” the mall said on Facebook.

Inxeba, which has won 19 international awards officially opens in cinemas across the country on Friday.

Toure had received numerous threats after the release of the film but it seems the attention has now turned to cinemas.

Inxeba tells a story of a young gay man played by Toure who goes to the Eastern Cape to join a group of other men to be a traditional sergeon to initiates and one of the young initiates discovers the man’s secret (homosexuality).

Social media users shared their mixed views ahead of the screening of Inxeba on Friday.

A friendly warning to all your Cinemas, we will be matching to all your cinema tomorrow if you dont suspend the Movie Inxeba @sterkinekor . You are warned… Hope you learnt something from what happened at H&M #Inxeba #InxebaTheWound #InxebaMustfall

Here is my non spoiler summary of #Inxeba #TheWound #InxebaTheWound @TheWound_SAfilm
An initiation teacher is forced to confront his sexuality and his past when he takes care of a queer initiate in the context of toxic hyper masculinity. ✌(No initiation secrets are exposed)

16 initiates died last year. Dololo protest action from Contralesa and friends. A movie about the toxicity faced by Queer men in traditional spaces, which opens up dialogue, is made and all of a sudden they are alive. Contralesa and that Women’s department are a joke. #Inxeba

Watch the trailer of the much talked-about movie below: